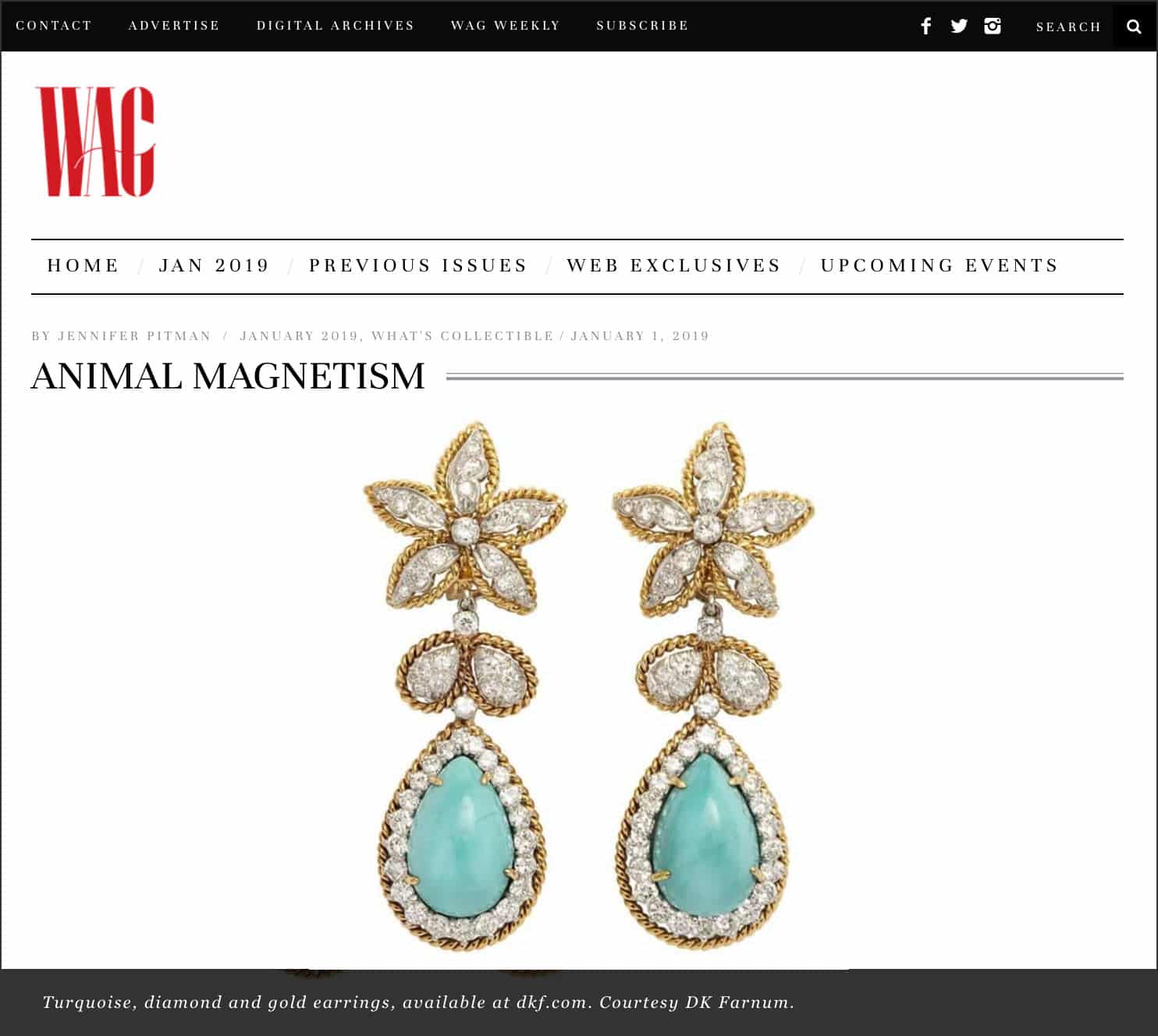 David Webb’s jewelry is synonymous with strikingly bold colors and large scale — and remains astonishingly popular today, nearly 50 years after the designer’s early death in 1975. The tens of thousands of sketches that David Webb left behind not only document his evolving style — but provide his eponymous firm with a treasure trove of designs that has kept it in business to this day. Webb was one of America’s premier postwar jewelers and his designs were largely tailored to a young and stylish clientele with a growing taste for a more casual style in women’s fashion. Webb’s subject matter varied widely — the bounty of the garden, African art, royal orders, astrology, Chinese works of art and pre-Columbian artifacts, as did his choice of stones. Among his favorites were coral, turquoise, jade, and rock crystal. But his look was always fresh and visually strong, and this has ensured that Webb’s jewelry remains highly prized in both primary and auction markets today.