Posted at 17:25h in newsletter archive by dkf 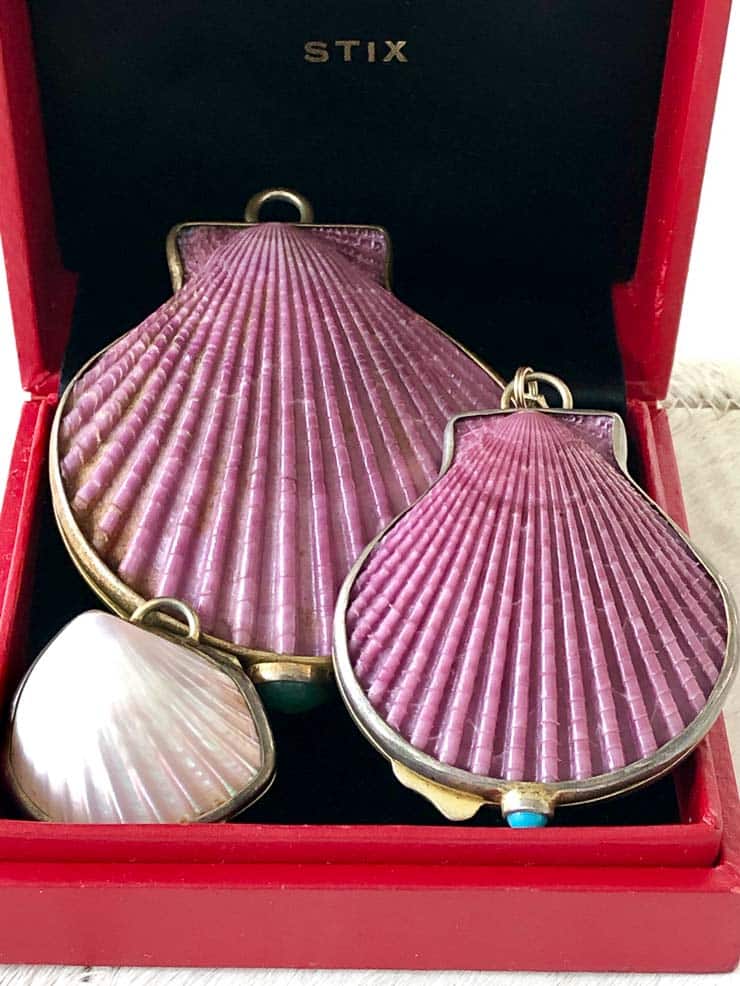 We offer a lovely collection of shell jewelry by Marguerite Stix, whose work we have always admired.

Born in Vienna in 1904, Marguerite Stix was a sculptor, jeweler, and ceramicist later known for her work with shells. She fled the Nazis and moved to Paris in 1938 where she designed haute couture fashion accessories and ceramic buttons for Schiaparelli, Balenciaga, and Lanvin among others. She was deported to a concentration camp and, after her emancipation in 1941, emigrated to the U.S. and lived in New York City.

She and her husband became fascinated with shells and began creating objects and jewelry with them in the 1960s. They amassed a collection of over 15,000 shells from the Pacific Ocean and founded a gallery in New York.

Many Stix creations were retailed at Cartier and her clients included Jacqueline Kennedy Onassis. Her work is in the Cooper Hewitt Collection, The Museum of Fine Arts in Boston, and the Smithsonian.

Resources:
The Art of Marguerite Stix,
by Richard McLanathan
&
The Shell: Five Hundred Million Years of Inspired Design
by Hugh and Marguerite Stix and Tucker Abbott