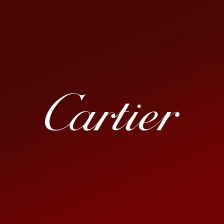 Cartier was founded in Paris in 1847 by Louis-Francois Cartier. It was his three grandsons, Louis, Pierre, and Jacques, who were responsible for establishing the famous world-wide empire. Louis retained responsibility for the Paris branch, moving to the rue de la Paid in 1899. Jacques took charge of the London operation and eventually moved to the current location in New Bond Street. Pierre established the New York branch in 1909, moving in 1917 to the current location at 653 Fifth Avenue. Prominent amongst Cartier’s gifted team were Charles Jacqueau who join Louis Cartier in 1909 for a lifetime and Jeanne Toussaint who was appointed Director of Fine Jewelry from 1933. In the 1960s Cartier New York and Cartier Paris passed into outside hands. In 1972, a group of investors led by Joseph Kanoui bought Cartier Paris whose President became Robert Hocq, an originator of the concept “Les Must de Cartier” in collaboration with Alain Dominique Perrin. In 1974, Cartier London was bought back and Cartier New York in 1976. In 1983, the “Art of Cartier Collection” was initiated by the late Eric Nussbaum. Today, Cartier is part of the Richemont group.

cartier pieces from the collection