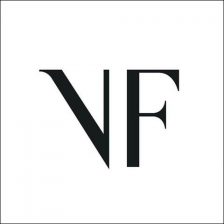 Widely known as the jeweler’s jeweler, Verger created some of the most exceptional jewels, clocks, and watches of the Art Deco era supplying many of the most famous jewelry houses of the period.

Ferdinand Verger (1851- 1928) founded his eponymous jewelry business in Paris in 1872. He had been apprenticed aged just 11 to the Parisian watchmaker Lépine and after serving in the Franco-Prussian War he traveled to London, returning in 1871. In the early days Verger specialized in women’s watches and within a few years had built a reputation that enabled him to become an agent for Vacheron Constantin in 1875. This was to prove a mutually beneficial and enduring relationship which lasted over 60 years with Verger making beautiful cases and jewels set with movements supplied by Vacheron Constantin.

Verger registered his maker’s mark in 1896 at which time he also moved premises to the Place des Victoires. Five years later he acquired the business of his late master Lépine and the firm continued to go from strength to strength. Verger’s two sons Georges and Henri joined their father in the business and in 1911 they relocated again to 51, rue Sainte Anne. It was at this point that they changed the maker’s mark from F.V. (Ferdinand Verger) to V.F. (Verger Frères). Under the guidance of Georges and Henri the firm reached new heights and not only employed a vast array of craftsmen directly but developed partnerships with some of the most exceptional artisans of the early 20th century such as Lalique and Makovsky. Georges designed the majority of pieces himself however he was also known to have collaborated with other artists and designers of the period.

Alongside their creativity, the firm was also a leading innovator in technique and they filed various patents over the years. They were one of only two companies to create the legendary ‘Mystery Clocks’ (Cartier being the other) and their desk and mantel clocks were unquestionably some of the most exceptional pieces they created during the early 20th century. Verger formally signed over the business to his sons in 1921 by which time they were employing over two hundred specialist craftsmen including goldsmiths, enamellers, engravers, lapidaries, diamond polishers, and watchmakers. By employing these artists directly, rather than contracting out the work, Verger Frères were able to keep tight control on the quality of their work. Consequently, they become renowned for the outstanding quality and consistency of their pieces – their attention to detail, exquisite workmanship, use of the finest gems and originality of design ensured their huge success.

The firm was known to many as the ‘jeweler’s jeweler’ because they supplied so many of the top jewelry firms. Somewhat unusually for the time, Verger didn’t create pieces to the designs provided by their clients but instead sold their own original designs to the retailers. During the 1920s and 30s, Verger created jewelry and timepieces for fine jewelry houses in Paris, America and across Europe including Cartier, Lacloche Frères, Boucheron, Van Cleef & Arpels, Chaumet, Tiffany, Trabert & Hoeffer, Black, Starr & Frost, and Bulgari.

The firm remained in the Verger family during the 40s and 50s when they created Retro style jewels in gem-set 18ct yellow gold with bold scrolling profiles which were in keeping with the prevailing fashions. Eventually, the business was bought by Georges Lenfant and more recently it was acquired by Atelier Bouder who have dedicatedly reconstructed the company’s heritage via the extensive archives of drawings and models.

Many Verger pieces go unrecognized today due to the emphasis placed on the name of the retailer such as Cartier, Mauboussin etc. However, the quality of workmanship and beauty of design can sometimes alert a keen admirer to the origin of an Art Deco masterpiece and perhaps the presence of a discreet VF.

verger freres pieces from the collection